by Brian Kelleher
By Piano Marvel

When most people think of piano duets, they imagine a violin, cello, flute, or a brass instrument like a trumpet playing beside the piano. I love “Ode To Joy” and “Dance of the Sugar Plum Fairy,” but I know some great songs that can be played on the piano and guitar, too.

I recently read a blurb that said piano and guitar duets are hard to find because they are both accompanying instruments, and people don’t think they sound good playing together. My first thought was: This guy doesn’t know music - I can instantly think of many great piano and guitar duets across numerous genres, and honestly when you find any fun song to play on guitar, you can usually add piano to enhance it.

Here are my favorite 5.

Released in 1961 and written by Hugo Peretti, Luigi Creatore, and George David Weiss, the instrumentals are inspired by a French love song, “Plaisir d’amour,” written in 1784 by Jean-Paul-Égide Martini.

I think I can safely say “Can’t Help Falling In Love” is the most famous love song of all time. It speaks of love as a natural, irresistible force. The piano and guitar can trade off on taking the instrumental lead between verses, so they can both showcase their talent – and have a little fun.

Yoko Ono published many poems she penned in 1964. John Lennon found inspiration in several of those poems for the lyrics of “Imagine.” The song was released in 1971, right in the middle of the confusing, chaotic controversy created by the war in Vietnam.

“Imagine” speaks in the time of war, violence, death, grief, anger, racism, hate, and all that served and still serves to divide persons from other people and all of us from everything. It asks us to look forward with faith, hope, and a creative spirit to “imagine” the world joined as one and all of us looking forward together.

“Imagine” is one of the most performed songs of all time. I understood why each time I practice it. The gentle touch of the piano and guitar strings touch a place of gentle peace and humanity within me. As the melody fades, the wonder lingers, and I can’t help but imagine.

In 2009, Green Day released “21 Guns.” When I first heard it, I had to get the lyrics and look closely at the song. I knew about the 21-gun military salute to fallen soldiers. I understood the mention of patriotism in the music. I saw how it said things were not being built up but were being burned down.

“One, 21 guns.” Then I got it. If we give up all the competition, conflict, and war, we will only need to fire one 21-gun salute. The last and final one. If we do that and come together, we can heal and move on together. Threats and misery no longer need to affect us.

Okay, this is MY top 5, but “21 Guns” is an excellent song with a stirring melody that is fun to do with just piano and guitar. A friend of mine plays piano, and this is one which we frequently jam out on.

Jim Brickman and Tom Douglas are co-writers of a beautiful love song named “The Gift.” I’m not sure how many performers have gotten into the act with it. I know Brickman has performed it with Collin Raye, Susan Ashton, Marie Osmond, and Martina McBride, to name a few.

The lyrics suggest it is a holiday song, but nobody can deny the words are a love song. The singer directs the piece to their beloved, indicating that the greatest gift they could have ever received is the gift of their beloved’s love.

It sounds beautiful with piano and guitar, as a vocal solo or duet. The light high notes on the piano are like snowflakes falling in the air, and the fireplace sends out warm vibrations through the guitar’s wood. It is a perfect winter combination of heart and soul.

“Shallow” takes top place. Co-written by Lady Gaga, Andrew Wyatt, Anthony Rossomando, and Mark Ronson, with Lady Gaga and Bradley Cooper performing, it was released on September 27, 2018, as the lead single on the original soundtrack from “A Star is Born.”

A recent recording was popularized by Garth Brooks singing “Shallow” with his wife, Trisha Yearwood. The meaning of the lyrics addresses the superficiality and shallowness of life where people sometimes get stuck. The singers say they do not want that kind of a relationship with each other and life. They want to be free in a life of depth and meaning. So, they get out of the shallow.

I love the lyrics, the melody, the emotion that comes through the song. I know it is newer than the rest, but remember that this is my favorite! And to clue you in on something: my favorite hamburger is the one I just ate.

And Now, An Encore

I don’t like to hear the statement, “That song won’t work with piano and guitar.” My immediate response is always, “Why not?” Sometimes they are right. Don’t try Iron Maiden’s “Hallowed Be Thy Name” on piano and guitar. It doesn’t work. Others, however, work well if they are tweaked a bit.

I never try to imitate an artist when I sing a song they have performed. I don’t play off of sheet music. I play by ear, and I try to put myself in the piece so that what comes out is all mine. Do you still ask why these five are my favorites?

It’s simple. I listened, learned, tried out variations, made mistakes, added my touch, and repeated them until they felt like they were my own. Then, guitar in hand, I joined in with someone on the piano who had done the same thing. I got mine, they brought theirs, and we put them together to make each song ours. In what world is that not poetic? Or fun? 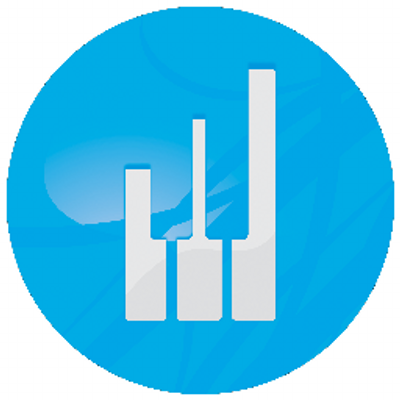